Skip to content
Taylor Swift and me. So much in common. Where do I even begin. Where.

First and foremost, we are both human beings… for the most part. Well, I can’t actually confirm she’s real, she could very well be a robot, but let’s say for the purpose of this blog, she’s a human being. And I’m a human being.

Just one of the many things we have in common. She won three Grammys last night and I ate Sonic in my car alone today. It was a corny dog and tater tots and large Dr Pepper and you know what, it sounds pitiful, but I bet Taylor didn’t even drink Dr Pepper growing up in Pennsylvania, so whatever.

So much in common. Let’s get started. Let’s.

#1 We both have legs

We both have them. We both use them. Look at us. Just two gals propping up our legs.

#2 We both trash vehicles
Apparently reportedly allegedly Taylor Swift trashed a party bus with confetti and money on her way to a Grammys after-party because that’s what you do when you’re Album of the Year winner. Well, well, well, I’m not much different because I left my Bible in my car after church and there are about six half-empty water bottles in my car, so.

#3 We both got dissed by men

#4 We both dated men
She dated a rock star. I dated an accountant. Same thing really.

#5 We both have friends 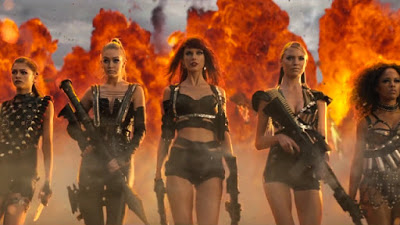 She won hers some Grammys and I sometimes blog about mine. Her friends are models and mine are too.

#6 We both received v sweet tweets

Hers was from her super hot boyfriend, Calvin Harris and mine was from Humperdinks.

We are so much alike my father doesn’t even know the difference haha it’s funny i’m fine totally don’t worry about me at all goodnight.