Here’s a fun thing to know about me: I didn’t watch one single episode of The Bachelor this season. I … just … couldn’t.

I just like could not be convinced that Colton was interested in women and I just couldn’t go an entire season hearing about his virginity and I also didn’t watch Becca’s season, so like I didn’t know Colton and all I knew about him was actually I knew a lot of things.

1. Virgin
2. Dated Aly Raisman, the actual queen of the world
3. Dated Tia from Arie’s season
4. Was stuck in a love triangle with Tia and Becca
5. Virgin

But once the finale of The Bachelor aired and it was the most dramatic non-rose ceremony ever, I watched Cassie and Colton’s press tour. I like to watch the final couple’s press tour each year because I like to guess if they will last (I thought Kaitlyn and Shawn and JoJo and Jordan would be over in three months, so like I shouldn’t go to Vegas or anything).

Anyway, I soon became so obsessed with Cassie that I tracked down The Bachelor‘s makeup artist, DMed her on not one but two social media platforms, asked what color blush Cassie was wearing, bought the blush, and I still look the same.

Then I watched Cassie’s reality show she was on before The Bachelor about Christian college students and you know, some shows just weren’t meant to be made.

Then I discovered Cassie’s sister, who Jimmy Kimmel said should be the next Bachelorette, and then her boyfriend posted on Instagram like um, no, Jimmy, she’s mine and I was like aww that’s cute and then I stalked Michelle (Cassie’s sister) on Instagram and asked a total of three people if she was the most beautiful person they had ever seen. 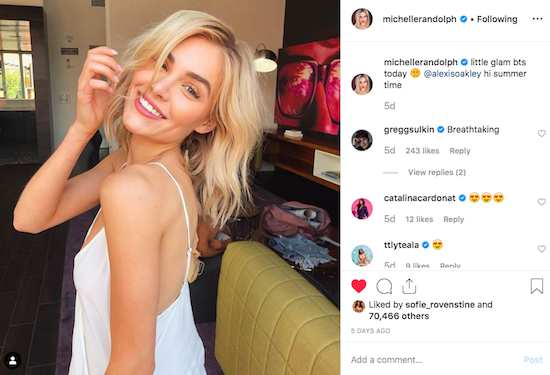 Brad, my boyfriend, said no.

Cheryl, my mother, said no.

And Greg, my father, said she’s not even the most beautiful person at this table (Cheryl and I were at the table).

But all of those people are wrong because Michelle is by far the most beautiful woman I’ve ever seen.

So then I stalked all three on social media and learned Michelle is a tiny bit annoying because you truly cannot be beautiful and sane. And then I discovered that Colton like really loves Cassie or at least pretends to really love Cassie and I think Cassie just really doesn’t know what she wants????? Does she even like Colton????? I’m concerned????

Then I had a dream about Colton and basically I was Cassie and Colton was really obsessed with me and I was like awww, this is sweet, I like you Colton and now in real life, I have a completely different perception of Colton in my mind. Now I’m into him.

So with my new obsession, I tried to watch some clips of The Bachelor so I could feel warm and fuzzy and pretend like Colton was into me and then I saw this clip with these beach shorts and I truly just could not.